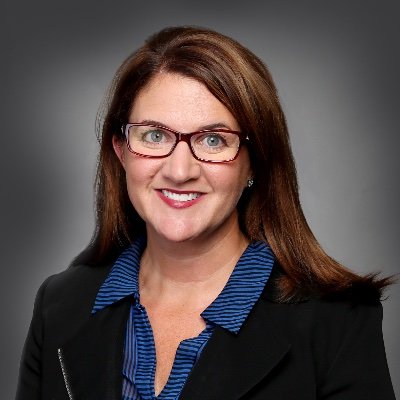 Heather is a growth-oriented tech executive. She has spent the last 25+ years in Marketing, Product and Revenue leadership positions at some of the world’s most successful tech companies.

Heather spent 4+ years as Chief Marketing Officer of Pluralsight (NASDAQ: PS). At PS, she was responsible for all aspects of marketing and digital revenue. During her tenure at PS, the company grew B2B revenue over 50% year-over-year, growing revenue to almost half a billion. This growth enabled the company to IPO in 2018. Prior to Pluralsight, Heather was the CMO of Domo for almost 5 years (NASDAQ: DOMO). At Domo, Heather’s marketing organization fueled one of the fastest growing tech startups; launching the brand while company revenue grew from $0-100 million, achieving 100% year-over-year growth.

Heather has held executive positions at some of the world’s largest enterprise technology companies, including SAP and Oracle. She has led teams at several Silicon Valley startups and served as a business consultant for top firms, including Accenture, The Boston Consulting Group, and Booz Allen Hamilton. Heather’s passion for tech started with her early years as a software developer.

Heather’s drive to help companies achieve growth has continued through advisory work. She served on Salt Stack’s Board of Directors for two years until the recent VMWare acquisition. Heather currently serves on the Board of Directors of Thryv (NASDAQ: THRY) and is a member of the Audit Committee.

Heather is a thought leader whose writing has appeared in Fast Company, Forbes, Fortune, Inc. and other high-profile publications. She actively mentors other businesswomen and founded [email protected] and [email protected] She was named one of 30 Women to Watch and CXO of the Year by Utah Business magazine and has been recognized by the Women Tech Awards for Professional Excellence. She holds an MBA from The Wharton School.

This creator is unclaimed
When you claim a creator page on The Juice, it will be evaluated by our moderators prior to unlocking it.
Claim this creator
2
articles
1
ebook
3
podcast episodes
Preview of The Juice
Sign up to see what's popular with other marketing/sales pros like you. Stay in-the-know and stay anonymous. All content has been un-gated for you.
Sign up
Share this
Share to:
- or -
Copy the URL below and share to your favorite social platforms.
A quick note
This link will direct the reader to the details page on The Juice. They will need to sign in or create a free account to engage with content.