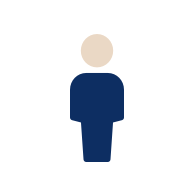 Malcolm Gladwell is the author of five New York Times bestsellers — The Tipping Point, Blink, Outliers, What the Dog Saw, and now, his latest, David and Goliath: Underdogs, Misfits and the Art of Battling Giants. He has been named one of the 100 most influential people by TIME magazine and one of the Foreign Policy’s Top Global Thinkers.

He has explored how ideas spread in the Tipping Point, decision making in Blink, and the roots of success in Outliers. With his latest book, David and Goliath, he examines our understanding of the advantages of disadvantages, arguing that we have underestimated the value of adversity and over-estimated the value of privilege.

Malcolm’s next book was actually a 10-part podcast titled Revisionist History. In the weekly podcast, Malcolm re-examined an overlooked or misunderstood aspect of past events.
He has been a staff writer for The New Yorker since 1996. He has won a national magazine award and been honored by the American Psychological Society and the American Sociological Society. He was previously a reporter for The Washington Post.

This creator is unclaimed
When you claim a creator page on The Juice, it will be evaluated by our moderators prior to unlocking it.
Claim this creator
4
articles
1
podcast episode
Preview of The Juice
Sign up to see what's popular with other marketing/sales pros like you. Stay in-the-know and stay anonymous. All content has been un-gated for you.
Sign up
Share this
Share to:
- or -
Copy the URL below and share to your favorite social platforms.
A quick note
This link will direct the reader to the details page on The Juice. They will need to sign in or create a free account to engage with content.