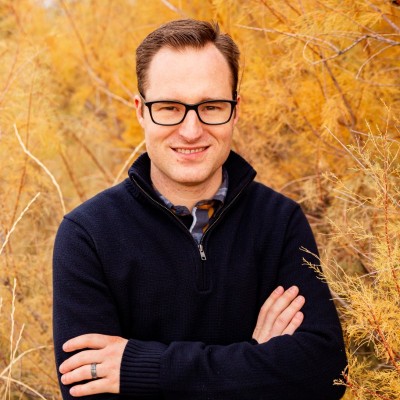 All you need to know about me:

Geeks out about:
- Self Driving Cars
- Augmented Reality (and VR), and I'm super stoked for whenever the MagicLeap device is released!
- Predictive & Prescriptive Analytics and all things data

Fun Facts:
- In Dec 2016 One of ~120 invitees by the President of India to the 1st Laureates and Leaders Summit for Children (www.laureatesandleaders.org). Brainstormed and put together the initial action plan to end child trafficking globally. Other notable attendees were: Dalai Lama, President & PM of India, Princess of the Netherlands, King and Prince of Jordan, 1st Lady of Panama, Former PM of Australia, 10 other Nobel Peace Laureates, and more
- 2017 Participated in the 2nd Laureates and Leaders Summit as invited by HM King Abudllah II in Jordan
- Traveled to >50 Countries
- Get around in 4 languages (English - Native, Spanish - Intermediate, Arabic - Beginner, Mandarin - Beginner)
- Licensed a Social Search Patent to well known internet company
- Co-authored an English Teaching book with a senior exec of one of the most recognizable web properties in China

"Spare time" is spent working with a handful of start up companies, & investing in them and others. This has led to multiple exits. I also am actively advising Kailash Satyarthi (Nobel Prize 2014) and his Children's Foundation (www.satyarthi.org) on ways to utilize technology to identify, predict, & end child trafficking.

Co-Founder and CEO of SDGuild - working to build a measurable framework measuring attainment of the United Nations Sustainable Development Goals in relation to People, Products, Companies, and Projects.

I've learned many things from the many mistakes I've made in life. Some have been larger & public than others, but when I make mistakes I look at what I can learn to be better in the future. I have a fail fast, & fail strategically mentality, and always push the limits.

This creator is unclaimed
When you claim a creator page on The Juice, it will be evaluated by our moderators prior to unlocking it.
Claim this creator
1
podcast episode
Preview of The Juice
Sign up to see what's popular with other marketing/sales pros like you. Stay in-the-know and stay anonymous. All content has been un-gated for you.
Sign up
Share this
Share to:
- or -
Copy the URL below and share to your favorite social platforms.
A quick note
This link will direct the reader to the details page on The Juice. They will need to sign in or create a free account to engage with content.